After gaining a degree in Fine Art at University College London, Brian Grant began his career as a cameraman at Elstree Studios. He became a noted British music video and television director and producer. In 1982 he co-founded MGMM Productions with Scott Millaney, Russell Mulcahy, and David Mallet. MGMM became the most successful UK production company of the Eighties. He started his career as a cameraman and went to become a noted music video director. His video for Olivia Newton-John's 'Physical', won the first Video Grammy ever awarded, 25th Annual Grammy Award for Best Video of the Year. Also in 1981, he directed the music videos for Kim Wilde's Kids in America, Chequered Love and Cambodia. In 1982, he directed the music video for View from a bridge. He has also directed many music videos for Donna Summer, Peter Gabriel, Queen, Rod Stewart, Tina Turner, Aretha Franklin, Dolly Parton, Whitney Houston, Spandau Ballet, T'pau and Duran Duran.

In 1990, he secured a first look deal with Universal Studios in Los Angeles, where he directed a number of high profile TV films and Mini Series and was nominated for an Emmy in 1991 for 'Sweet Poison'.

Returning to the UK in 2001, he teamed up with Producer Julian Murphy and co-created the acclaimed teenage drama 'As if' for Channel 4. After making an American version of 'As if' he went on to direct a BAFTA winning 'Clocking off' for the BBC.

Subsequent credits include 'Dr. Who', 'Hex', 'Sinchronicity', 'Party Animals', 'Life Is Wild' and 'Britannia High' for ITV. In 2011 he produced and directed 'Project Lotus', a music documentary charting the formation of the worlds first Pan Asian Girlband. The documentary was shot in China, India, Japan, Korea and the Phillipines. Also in 2011, he directed the high profile, action adventure series 'Sinbad', which aired in August 2012. 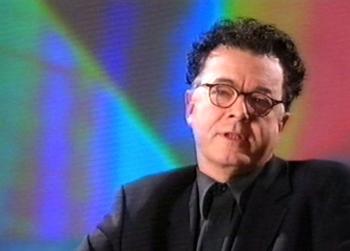