Born Glenn Peter Gregory in Sheffield, England on on 16 May 1958. When Martyn Ware and Ian Craig Marsh left Human League in 1981, he was contacted by Ware to join Heaven 17. He had been singing and playing bass in bands with Ian Craig Marsh since 1973.

In 1984 Gregory sang on the Band Aid single, 'Do They Know It's Christmas?', singing the line 'No rain nor rivers flow'. Outside of Heaven 17, Gregory has been a member of the bands ABC, Ugly and Honeyroot, as well as working with Tina Turner, Grace Jones, Propaganda, Terence Trent D'Arby, Ultravox, La Roux and John Lydon.

In 2010, Glenn Gregory recorded a duet with Kim Wilde called Greatest Journey. In 2011, Kim Wilde joined Glenn Gregory and Martyn Ware's band B.E.F. on stage for a concert in London. They also recorded the track Every time I see you I go wild together. 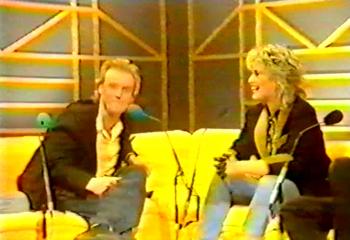