In the summer of 2005, DJ Ian Finch met BBC producer Phill Deacon at a funk sessions club night in London. Having found out they shared the same passion for house music and remixing; numbers were exchanged and GrooveNut was born. GrooveNut built their first studio in a disused stable in North London and began working on their ideas. The first fruits of their labour was the track Love you more, a remix of Kim Wilde's track You came. It was due to be released in 2006, but in the end they couldn't get clearance for the samples used. Later in the year it became obvious why: Kim Wilde released a re-recording of 'You came'. However, Groovenut were approached to re-make 'Love you more' with the newly sung samples of You came (2006). Their remix was released on the cd-single for 'You came (2006)'.
The next single, Perfect girl contained two remixes. The 'Perfect chill mix' was remixed by Groovenut, whereas the 'Ian Finch Elektrika Edit' was made by Ian Finch on his own. 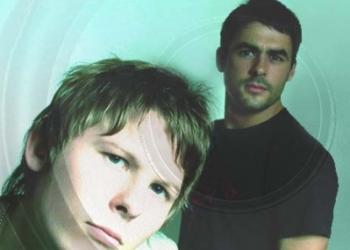