Born as Paul Anthony Gurvitz on 6 July 1947, in High Wycombe, England (UK). At the age of 15 he bought his first guitar. After only a few years he played in a few local bands. He joined the band the Londoners, who were contracted to play at the Star Club in Hamburg, Germany, for six months. After returning to London the band changed their name to The Knack, then to The Gun.

Under this name they had their first notable success, a number 4 hit in the UK called "Race with the devil". They recorded two albums, then broke up in 1971.
Paul then joined the George Martin-produced band Parrish & Gurvitz, which released one album. At the same time, Paul was recording with his brother Adrian in the band Three Man Army. They toured and recorded three albums. When the drummer left the band to work for David Bowie, the brothers found themselves in need for another drummer. Ginger Baker was recruited and the Baker Gurvitz Army started. In 1976, the BGA folded after the death of their manager as a result of a plane crash.

Paul proceeded to work with his brother, who recorded a couple of solo albums.
In 1983, he teamed up with Nicky Chinn to write the song Dancing in the Dark for Kim Wilde.
After this, he moved to America to write more songs, but now mainly for pop and R&B acts. His first successes were with Five Star, for whom he wrote "Find the time" and "R.S.V.P.", amongst other titles.

He continued writing for artists such as Jody Watley, Jellybean, Melba Moore, Stacy Lattisaw, Jermaine Jackson, Imagination, and many more. 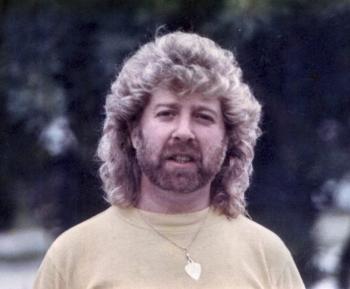