Simon Halfon started his creative career in the mail room of Stiff Records. Thanks to a friendship with Vaugh Toulouse from the band Department S. he got his first design job. He designed the sleeve of their 1981 single 'I want'. Former Stiff employee Neville Brody offered him a job as an assistant on the magazine The Face. This is where he learned the basics of preparing artwork, and so he started to do some design on his own.

His first solo credited design work was in 1982, when he designed the sleeves of Kim Wilde's singles View From a Bridge and Child Come Away. Halfon: "At Stiff, I worked for a few short months as a radio and TB plugger. I didn't get on with that job, but on one occasion at Top of the Pops I was charged with looking after Tenpole Tudor's chainmail... enough said, really. Kim was on the show and we became fast friends for a short while".

Halfon began working for Paul Weller in 1983. Designing record sleeves for the Style Council, starting with 1983's Café Bleu. Two years later, he started a long lasting creative relationship with Madness. Perhaps his best known artwork he made with George Michael, starting with his 1990 album 'Listen without prejudice'. The iconic album cover used Weegee's famous Coney Island photograph. In 1999 he started working with Oasis for their album covers, but he also got involved in film work with the band. Halfon also designed record sleeves for musical legends including John Legend, James Brown, Tom Jones and Frank Sinatra. 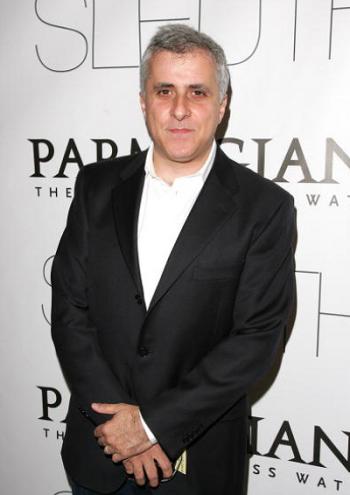