Born 18 July 1962 in Tokyo, Japan, Mari Hamada is a Japanese female rock singer, songwriter and producer. She started her own professional singing career in 1983. She was characterized the heavy metal idol. After changing her musical style she resembled rock bands like Heart and Journey.

In 1989, she got to no.1 in the Asian music charts for the first time, and performed live at the prestigious Budokan hall two days in succession. After 1993, she promoted to the other countries' musical markets, especially Europe and Asia.

During the Hits Tour in 1994, Mari Hamada was the opening act for Kim Wilde at least during the European dates, to promote her album "Introducing... Mari Hamada". This Japanese singer is one of the best-selling female artists in Japan, from late 1980's to mid- 1990's. 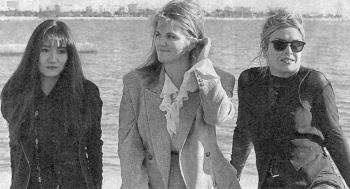