Born March 30, 1930, Perth, Australia. A talented cartoonist and artist, Harris moved to London in the late '50s to pursue a showbusiness career. A regular on children's television, he was instantly recognizable with his horn-rimmed spectacles, goatee, fast-talking manner and lightning sketching abilities. In 1960, his novelty recording "Tie Me Kangeroo Down, Sport", complete with exaggerated Australian accent, was a worldwide Top 10 hit and million seller. Two years later, Harris struck again with the atmospheric "Sun Arise", based on an aboriginal chant. Awarded the MBE and later the OBE, Harris was a distinguished representative of British Variety but seemed an unlikely figure for further '60s chart success.
Amazingly, however, he brought the decade to an end with the best-selling UK single of 1969: "Two Little Boys". Written as early as 1903 by USA songwriters, Edward Madden and Theodore Morse, the song topped the UK charts for a sterling six weeks.
The song is mentioned in Kim Wilde & Mel Smith's 1987 version of Rockin' around the Christmas tree.

Harris never gave up on making music himself. He reached the UK charts in the 90's with his Australian-style version of "Stairway to heaven". He also appeared on Kate Bush's albums "The Dreaming" (1982) and "Aerial" (2005).

Following an appearance on the British children's television program "Jigsaw" Harris moved into a new career on television, hosting a variety of programs on the BBC, including "The Rolf Harris Show", "It's Rolf On Saturday OK?", "Cartoon Time", "Rolf's Walkabout", "Rolf's Cartoon Club", "Animal Hospital" and "Animal Hospital Week". In 1977, Rolf Harris was awarded the OBE, and in 1989 was awarded the Order of Australia.

Harris's career as a popular entertainer ended when he was convicted and imprisoned for sexual offences. In 2014, at the age of 84, he was jailed on twelve counts of indecent assault that took place between 1968 or 1969 and 1986, on four female victims then aged between eight and nineteen. As a result, he was stripped of many of the honours he had been awarded during his career, including the  OBE. He was released from HMP Stafford in May 2017. 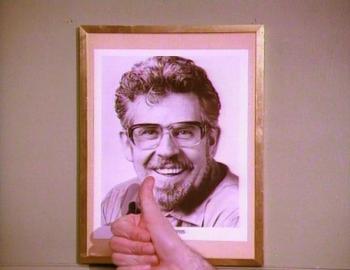