Born as Charlotte Franklin Hatherley on 20 June 1979. During her West London high school days she was already playing loud, scungy gigs in the London club scene with the group Nightnurse. After two tough years of gigging, a growing fan base and a first record deal followed. But her A levels (English and Music) were still not in the bag when an established young Northern Irish rock trio and their manager slipped unnoticed into a Nightnurse gig at the Blue Moon, Putney. The group Ash were looking for a fourth member, a guitarist to add beef to their heavy schedule of live performances. They spotted Charlotte and added her to the group almost instantly.

Her live debut with Ash followed at the V97 Festival before an audience of 50,000. Her first studio recording was on the 1997 single 'A Life Less Ordinary' and the accompanying album 'Nu-Clear Sounds' (1998). Inspired by band member Tim Wheeler, Charlotte began to compose. Her first song 'Taken Out' appeared as a B-side on the 1998 Ash single 'Jesus Says'. Three years later the striking song 'Grey will fade' appeared on the single 'There's a star'. The positive response from fans provoked her to start writing more songs. In 2004, she finally releases her first solo album called 'Grey will fade'. Before its release, Charlotte makes a download-only single available on her official website. The title was Kim Wilde.

A year later, Charlotte does a live tour, performing at Reading Festival and Leeds Festival among others, playing the song Kids in America.
Kim Wilde and Charlotte Hatherley get together in the spring of 2006 when Kim is recording Never Say Never. Kim asks Charlotte to play guitar on Kids in America (2006), but when Charlotte appears for the recording, she is asked to sing on the track as well. Charlotte agrees, but only if Kim isn't around when she records the vocals. 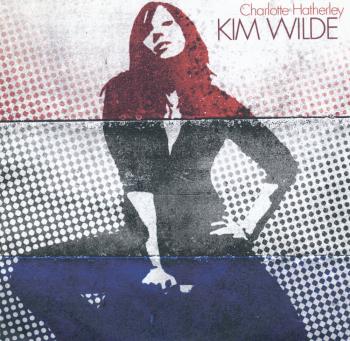