Preston Heyman is a British session drummer who started playing drums in 1971. His credits include among others playing with Kate Bush on her 1979 tour (as evidenced on the 'Live at Hammersmith Odeon' video), with Atomic Rooster on their sixth album 'Atomic Rooster' (1980) and with the Tom Robinson Band on the album 'TRB Two' (1979). He also played with Paul McCartney, Tina Turner, Massive Attack, Sting, Terence Trent d'Arby and others. In 1984, he joined Kim Wilde's band and toured with Kim during the Rage to Rock tour in 1985.

He is the co-founder of London based production company Flipside Productionsand plays live with Zohar and Avivit on the London circuit. 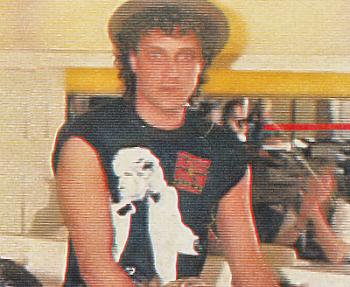