Obscure punkrock combo, which released a cover of Kids in America in 1995. The recording was made available as a limited edition bonus 7" single released with the 10" single 'Teenage kicks'. This 7" single was originally limited to 300 copies, the 10" was pressed in 1700 copies, and sold out within two months.

In 1996, a CD called 'Teenage kicks' was released, containing not only the 16 tracks from the 10" and bonus 7", but also 9 bonus tracks.
The version performed by the Hiddys is the shortest and loudest version of 'Kids in America' ever released on record. 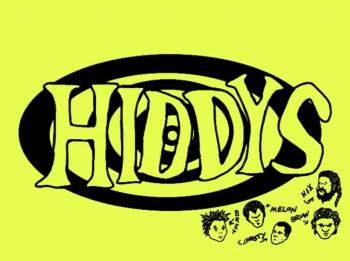