The band Human Hamster Hybrids was founded in 1995 by Alex B. (a.k.a. Dr. Bacterius, 6-string guitar) and Wohnzimmer (Guitar, vocals), during a drinking session when they decided to found a Ramones coverband. They found P.K. Ripper (Drums) and El Duce (Bass). After recording some demos, including a punk cover of Kim Wilde's song Chequered Love, they attracted the attention of audiences and record labels alike. In 2001, they released their first album 'Dance classics' on the Wolverine label. 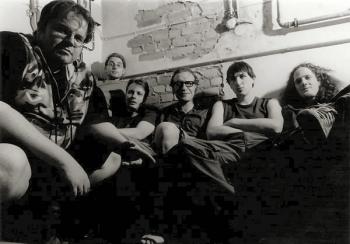