The interview with Kim Wilde spreads across six pages, with one colour image and one black and white image.

Release date: 26 September 2019
Written by: Godfried Nevels
Publisher: Uitgeverij Aspekt
Number of pages: 214
ISBN: 9789493001183
Book description:
Back to the days of the walkman, the Rubik's cube, big hair, legwarmers and clothing in neon colours. But also the time of synthpop, new wave, MTV, Live Aid and new pop idols like Prince, Madonna and Doe Maar.
For 'I Love 80's Music' Godfried Nevels interviewed 28 iconic pop stars from the Eighties. How did they experience the success of the Eighties? How do they look back on those days? And how did they career go after that decade? Interviews with remarkable stories and anecdotes. Like the transformation from Terence Trent d'Arby to Sananda Maitreya, the crucial decision of Mark King to go from drumkit to bass guitar, Kim Wilde's depression and her return to the stage, a personal flashback of Jermaine Jackson to his brother Michael and loads more! 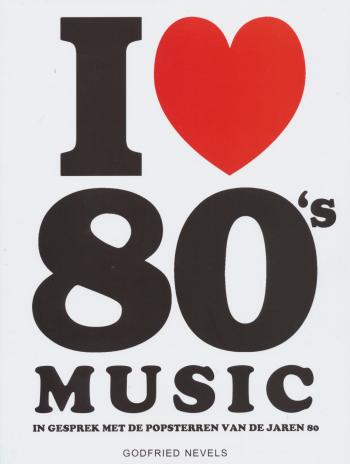