Born on 13 November 1971 in Berlin, Jacqueline Schmitka is a German singer, who performs using only her first name Jacqueline. In 1991 she released her debut single 'Auf Der Erde', which was produced by G.G. Anderson and Engelbert Simons. This was followed by the single 'Three Words for Sarah' in 1992. Two more singles followed in the early 1990s, but they did not reach the level of popularity of their first releases.

In 1998, Jacqueline released a cover version of 'Yes Sir, I Can Boogie' as part of the musical duo Mona & Lisa. In 2008 Jacqueline started her comeback and released two studio albums and several singles through Happy Vibes Records. The second album, 'Sonne, Mond und Sterne' (2010) featured the song Verloren In Der Einsamkeit, a version of Kim Wilde's Cambodia. However, she did not achieve any chart positions with these releases. 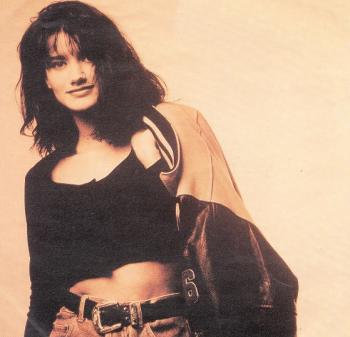