Born as John Howard Jones on 23 February 1955 in Southampton, Hampshire, UK. His childhood saw him on the move from country to country. By the time he reached his teens he was settled in High Wycombe, England. He joined his first band in 1976 and over the next few years played in Warrior, the Bicycle Thieves, and Skin Tight. In 1974 he went to music college in Manchester and after graduation he began performing solo in his home town. He soon introduced dancer Jed Hoile to enliven his act by improvizing dance to his songs. Jones was offered a session by BBC disc jockey John Peel which led to tours with OMD and China Crisis.
WEA signed him in the summer of 1983 and in September he charted with his first single, 'New Song'. This debut single reached number 3 in the UK singles chart. The second single, 'What is Love?', was a slightly bigger success, topping at number 2. The third single, 'Hide and seek' showed Howard from a more contemplative side. The three singles were a good indication of the work on Howard's debut album 'Human's Lib', released early 1984. It came straight in at No. 1 in the UK in April 1984, eventually going platinum. This success spread across the globe with 'Human's Lib' going gold in USA, Japan, Germany, Italy and Australia.
'Dream into Action' (1985), the second album, repeated the success of the debut album and contained a series of hits including 'Look Mama', 'Things can only get better' and 'Life in one day'. A reworking of 'No one is to blame', produced by Phil Collins, reached number 1 in the US singles chart. The following album 'One to one' (1987) was aimed at the American market and had good success over there, whereas European success started to decline relatively. This album, 'Cross that line' (1988) and 'In the running' (1992) were all accompanied by successful world tours.

After leaving WEA, Howard started to release albums on his own DTOX label. The first of these albums, 'Working in the backroom' (1995) was only available at live concerts and on the official website. Further albums included 'Live Acoustic America' (1996), 'People' (1999) and several live albums.

Howard celebrated his two decades in music with a special 20th Anniversary concert at the Shepherd?s Bush Empire London on September 20th, 2003. It was recorded for a dvd release later on. To tie in with this anniversary Warner Music released a special double CD with one disc of greatest hits and one disc of rare tracks and b-sides of old singles. In December 2003, Howard was one of the acts included alongside Kim Wilde in the Here and Now Greatest Hits Tour.

In 2005, Howard released 'Revolution of the heart', a cd that was critically acclaimed for its successful combination of 80's retro style and modern sounds. Amidst various solo tours worldwide and Here & Now performances in the UK, Jones continued to release music, most recently in 2010 with the album 'Ordinary heroes'.

In 2010, Howard also recorded a message for Kim's 50th birthday at the request of Wilde Life.

In 2016, Howard Jones and Kim Wilde toured Australia together. 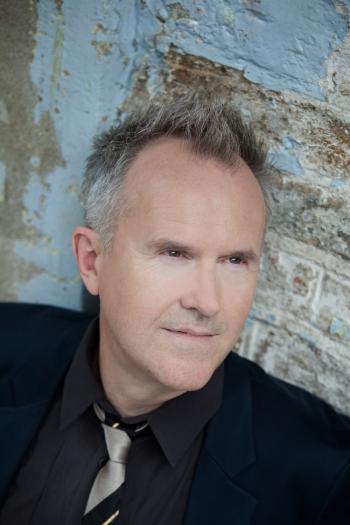