Remixer and DJ alias of Limahl and Guy Phethean. They met when Guy was keyboard player for a rock band called Angels of Hope. They initially worked on some demos for Limahl, but a year later they took on the name Jupiter and recorded a track with Sylvia Mason James called 'Destiny'. They then started to remix tracks for Peter Andre, Livin' Joy and Kim Wilde's cover of Shame.

In 1999 the duo ceased to work together under the Jupiter moniker. 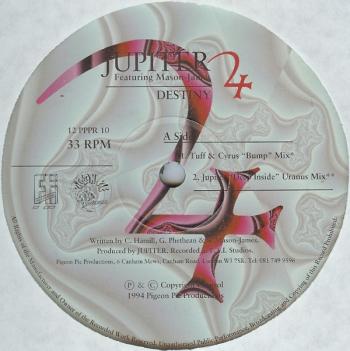