Born as Anthony Michaelides, 24 July 1958, in Cyprus. Emigrated to England at the age of three. Mick Karn first came to attention as the bassist in '80s UK hit group, Japan. Their demise in late 1982 coincided with the release of Karn's first solo work, 'Titles'. A single off this album, called 'Sensitive' was produced and co-arranged by Ricky Wilde. The album received mixed reviews and Karn subsequently teamed up with former Bauhaus vocalist Peter Murphy in Dali's Car. The partnership proved relatively short-lived and Karn subsequently returned to solo work.

In early 1987, he reached number 63 in the UK with 'Buoy', which was notable for the inclusion of his former Japan rival David Sylvian on guest vocals. Despite his uncompromising and occasionally evocative work, Karn has been unable to recapture the commercial appeal that graced his work with Japan.

Karn guested as bassist on Kim Wilde's 1992 track Try Again on the Love Is album, and also played on tracks by Joan Armatrading, Kate Bush and Gary Numan.

Karn left London in 2004 to live in Cyprus with his wife and son, financially enabling himself to keep working as a musician/artist. In 2009 Karn also released his autobiography, titled 'Japan & Self Existence'. In June 2010, Mick Karn announced on his website that he had been diagnosed with advanced-stage cancer; the specific type of ailment was not mentioned. Karn moved back to London to receive treatment after several fundraising concerts were organised by fellow musicians. He lost the battle with cancer and passed away on 4 January 2011. 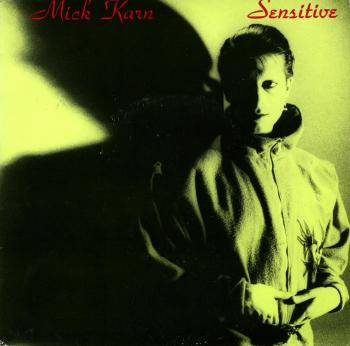