Born in Beverwijk (Netherlands) on 1 October 1980, Kim-Lian van der Meij is a Dutch singer, actress and presenter. She comes from a musical family: both her parents were dancers.
During her childhood, Kim-Lian participated in dancing contests and local playback shows. When she was six, she was a contestant in the Mini Playbackshow on Dutch national television, dancing and miming to Kim Wilde's song You Keep Me Hangin' On.

At sixteen, she enrolled in casting and modeling agencies. She was regularly asked for fashion shows, photo shoots and guest roles in TV series.
In September 2003 she released a single, 'Teenage Superstar', which became a Top 10 hit in the Netherlands. It led to her debut album, released in May 2004, called 'Balance'. This album contained a cover of Kim Wilde's song Kids in America. This cover was subsequently released as a single in the Netherlands, reaching no. 15. The album was released internationally and became very successful in countries like Belgium, Italy, Indonesia and South Africa. Her second album 'Just Do It' was released in 2006. It wasn't as successful as her first album.

Kim-Lian moved on and focused on musical acting, starring in the Dutch musical 'Doe Maar' throughout 2007. In May 2008 she gave birth to her daughter Ronja Emma. After working in several other musicals and television programmes for two years, she gave birth to son Sean William in April 2010. This didn't lead to a quiet life: she debuted in the musical 'Legally Blonde' in the Netherlands in October 2010. 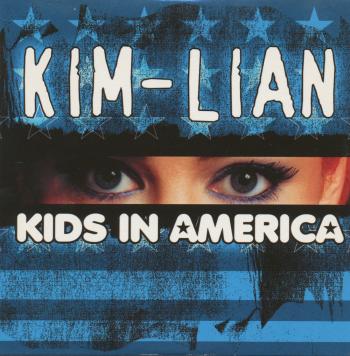