Klassfesten ('The Class Reunion') is a Swedish comedy drama movie from 2002, directed by Måns Herngren and Hannes Holm and starring Björn Kjellman, Cecilia Frode, Inday Ba, Henrik Hjelt, Lisa Lindgren and Ulf Friberg. In the movie, 35-year old Magnus Edkvist hates class reunions as much as anyone and usually skips them. Still he accepts an invitation for a reunion for a class he left over twenty years ago. But he has his reasons, as there is a chance that his teen love Hillevi will show up. The girl he wanted to run away with and share the rest of his life.

The soundtrack of the movie features the song Cambodia by Kim Wilde, as well as tracks by David Bowie, The Sweet, Cat Stevens and The Specials. 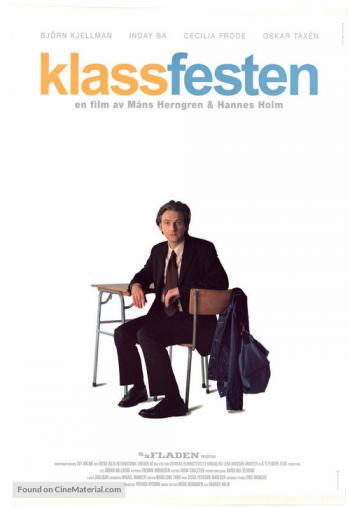