Television series starring David Hasselhoff. When a policeman is mortally wounded, he is taken in by a millionaire who puts him back on his crime solving feet with a new identity and a computer-controlled car.
Kim Wilde appeared in a 1985 episode with a part of her music video for The Second Time. The episode was entitled Knight Racer and was first aired on 29 November 1985 during the fourth season of the series. 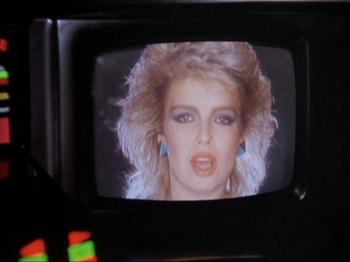