Lemar Obika was born on April 4, 1978. He was born in Tottenham, North London (UK) to Nigerian parents. Growing up he listened to R&B and soul music, singing at home with his brothers and sister, pretending to be the Jacksons. He eventually gave up studying pharmacy to pursue a career in music. He was brought to public attention in 2002 on BBC's 'Fame Academy', where he made the finals singing Al Green's 'Let's stay together' and dueting with Lionel Richie on 'Easy'. He finished third, but was signed to Sony Music quickly thereafter. His first hit single was 'Dance (With U)', which topped at number 2 in the UK singles charts. Subsequent singles made it to the top 10 as well. After two successful albums, he appeared on the 2004 version of Band Aid's 'Do they know it's Christmas'.

His third album 'The truth about love' (2006) featured guest appearances by Styles P, Mica Paris and Joss Stone. It was Lemar's highest charting album to date, peaking at number 3. His fourth album 'The reason' (2008) was less successful, peaking at number 41. It was quickly followed by a greatest hits compilation called 'The Hits', which featured four new tracks. One of the new tracks was 'You don't love me', which contained a sample from Kim Wilde's You keep me hangin' on.

Although subsequent albums 'Invincible' (2012) and 'The letter' (2015) weren't as successful as his first three albums (which all went platinum in the UK), Lemar continues to be active in music. His long-term partner is Charmaine Powell. Together they have two children, Nylema and Uriah. 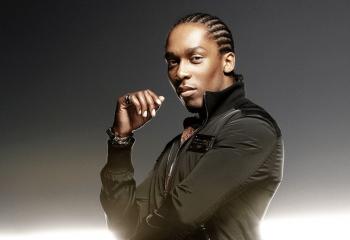