The band Len was formed in 1991 out of Ontario, Canada. A man calling himself The Burger Pimp and his sister Sharon Constanzo initially formed as a noise-driven punk-pop group while honing their beat-making skills with longtime friends/musicians on the East Coast of Canada. From 1992 to 1996 LEN released one EP and two albums on their own label. Releasing 1996's Get Your Legs Broke, they continued mining hip-hop grooves on the side and releasing other hip-hop acts on The Burger Pimp's own Four Ways To Rock label.
Burger Pimp, Sharon Constanzo, along with D. Rock, Planet Pea (aka Kudu5), DJ Moves, and Drunkness Monster make up the lineup of Len on You Can't Stop the Bum Rush, the album released in 1999 by Sony Music.

One year later, they recorded a cover version of Kim Wilde's Kids in America for the Digimon movie. 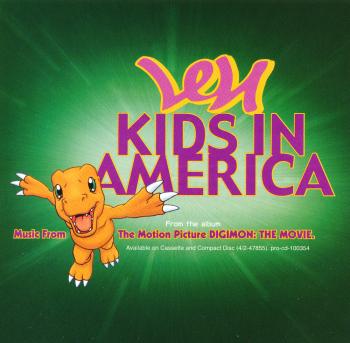