Born as Christopher Hamill on 19 December 1958, Limahl is probably best known for the year 1983 in which he was lead singer of the band Kajagoogoo. Strange thing is, this is only one of the many things he has done in music. In 1979 he starred as Benjamin in the musical 'Joseph and the Amazing Technicolor Dreamcoat in Plymouth. He was in the band Brooks with Mike Nolan from Bucks Fizz, and was also part of the duo Kris and the band Crosswords, before joining Kajagoogoo in 1982.

The hits 'Too Shy' (number 1 in the UK in February 1983), 'Ooh to Be Aah' and 'Hang on Now' all featured his vocals. He then left the band claiming that he would have more success on his own. This turned out to be only partly true: after two failures with the singles 'Only for Love' and 'Too Much Trouble', he released 'Neverending Story', a song from the movie of the same name. Limahl reached number 4 in the UK in 1984 with this, but that was also his last solo hit. Meanwhile, Kajagoogoo managed to break the UK singles top 40 only twice.

Outside of the UK, Limahl managed to hang on to his popularity, especially in Germany where his solo hits continued to sell.
In the 1990's, Limahl started to produce and remix tracks using the name Jupiter. He remixed Peter Andre's single 'Mysterious girl' (1995) and Kim Wilde's single Shame (1996).
In December 2004, Limahl joined Kim Wilde and others during the Here and Now Tour 2004. 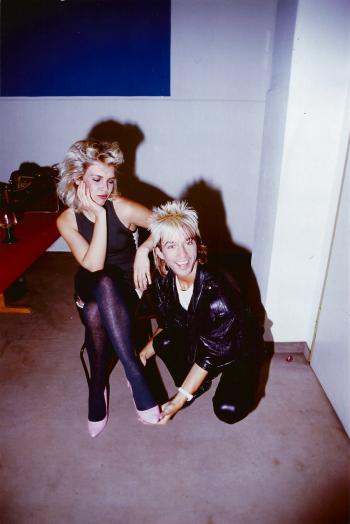