Living in a Box

Formed by Richard Darbyshire (Born 8 March 1960), Marcus Vere (Born 29 January 1962) and Anthony Critchlow, Living in a Box started with the selftitled debut single Living in a Box, reaching no. 5 in the UK in 1987. Further successes followed between 1987 and 1990. Their biggest hits were 'Blow the house down' (no. 10) and 'Room in your heart' (no. 5). Meanwhile, vocalist Richard Darbyshire guested on John Jellybean Benitez's 'Jellybean rocks the house' album. Having enjoyed a hit album with their self-titled debut, the group consolidated their success with the follow-up 'Gatecrashing'. After this, no further notable successes followed.

After years of silence, they joined Kim Wilde and others for the Here and Now Tour 2004 in December 2004. 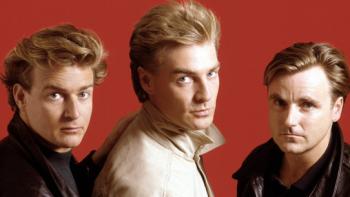 Living in a Box