Local Oafs were founded in Nykoping (Sweden) in March 1999 by Nero, W., Demented Dean and Shawn Michaels. They released their first single TBA in 2001. Three split 7" singles followed in 2002 and 2003, together with the bands The Pricks, Music/Ninja and Dyke Hard respectively. In 2005, they released their debut album 'Too dumb to reason, too fucked up to dream'. With 14 tracks on each side, the LP was a generous helping of punk rock. Five years later, the album 'Power and glory' followed, with 18 more tracks.

Somehow they still didn't get to release all their recordings, as on Bandcamp the band offered the compilation 'Rare & unreleased songs with the word 'fuck'' as a digital download in 2012. That compilation featured the band's cover version of Kim Wilde's Kids in America. The bands played live gigs until 2013, but have become rather silent after that. 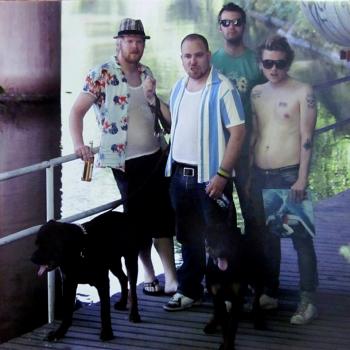