Die Lollipops is a German girl band consisting of two singers. There have been different duos since 2000 forming the Lollipops. The concept of the band is to sing famous chart hits and classics with new, German lyrics aimed at a young recordbuying public. Produced by Peter Hoffman, they have released eleven albums, all aimed at kids. Since their founding, the Lollipops have sold over 1,5 million cd's and dvd's.

Former Lollipops have been Gina, Nathalie, Ronja, Joanna und Johanna.
Since 2005 Maike and Maria are the Lollipops. On their album 'Party, Popcorn, Polonaise!', released on December 29, 2006, they included a German language version of Kim Wilde's song You Came, entitled 'Dein Tag'. The song is not translated literally: it has become a birthday song. 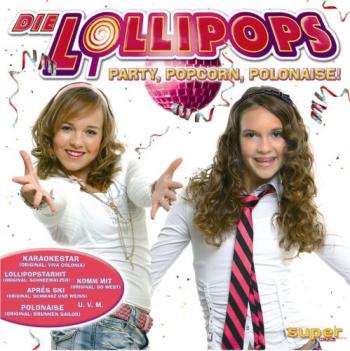