Born as Marie MacDonald McLaughlin Lawrie on 3 November 1948, in Lennox Castle, Glasgow, Scotland. Lulu was originally a beat group vocalist with her own backing group the Luvvers consisting of Ross Nelson (guitar), Jim Dewar (rhythm guitar), Alec Bell (keyboards), Jimmy Smith (saxophone), Tony Tierney (bass) and David Miller (drums). The 15-year-old singer first came to prominence with a version of the Isley Brothers' "Shout" in 1964. After an unsuccessful few years she switched record labels from Decca to EMI/Columbia Records and found a new hitmaker, Mickie Most. A cover of Neil Diamond's 'The Boat That I Row' saw an upsurge in her career during 1967, which was punctuated by an acting part in the movie 'To Sir With Love'. The theme tune from the film gave her a million-selling US number 1. In the UK the song made no. 6. Further UK hits followed, notably 'Let's Pretend', 'Me, the Peaceful Heart', 'Boy' and  the Marty Wilde composition 'I'm a Tiger'.

Having established herself as an entertainer of wide appeal, Lulu was granted her own television series and later represented Britain in the Eurovision Song Contest. This song, 'Boom-Bang-a-Bang', tied for first place and provided her highest UK chart placing at number 2. Her brief marriage to Maurice Gibb of the Bee Gees was followed by another switch of labels and musical styles when she worked with famed producer Jerry Wexler on two albums. A lean period of flop singles ended when David Bowie intervened to produce and arrange her hit version of 'The Man Who Sold The World'.

During the '70s, she concentrated increasingly on stage work and developed her career as an all-round entertainer, a spin-off which was becoming the long-standing model/endorser for the Freeman's mail-order catalogue. Appearances in 'Guys and Dolls', 'Song and Dance' and the television programme, 'The Secret Diary of Adrian Mole' distracted her from the studio but a disco re-recording of 'Shout' in 1986 repeated the Top 10 success of 22 years before.

In 1993, Lulu released 'Independence', an album of 'modern disco-pop with a flavour of classic soul and R&B'. Co-produced by Bobby Womack and Londonbeat, the title track registered strongly in the UK and US charts, and was followed by another single, I'm Back For More, on which Lulu duetted with Womack. She was, by then, creating some of her own material, and one of her songs, 'I Don't Wanna Fight Any More', written with her brother, Billy Laurie, was recorded by Tina Turner.

In 1994, she released another album, which spawned the single Every woman knows. Kim appears in the music video for this single. 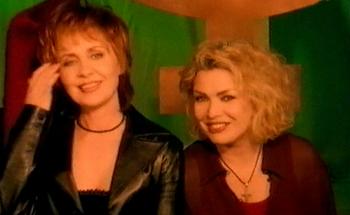 Lulu and Kim in the video for 'Every Woman Knows' 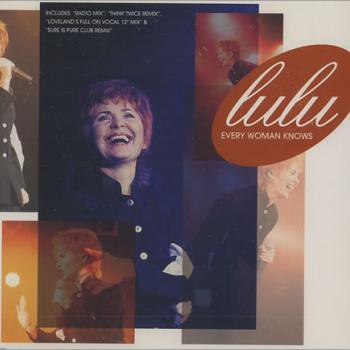 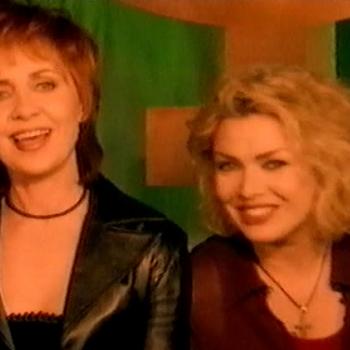 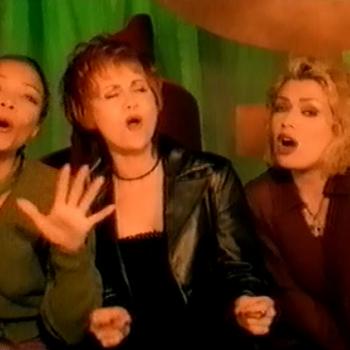 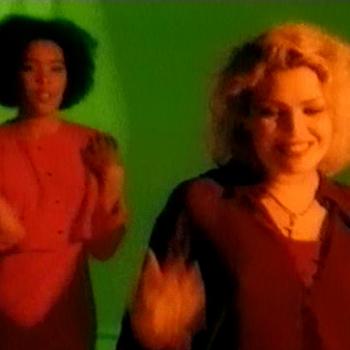 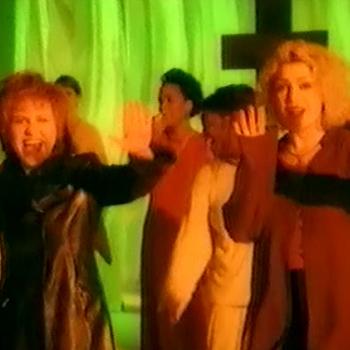