Marilyn (real name: Peter Robinson, born 3 November 1962) is a cross-dressing pop singer who reached fame with his song 'Calling Your Name' in the 1980s.

Marilyn was born in Kingston, Jamaica. He grew up in Hertfordshire, England as part of a musical family and was influenced by the songs of Barbra Streisand, Motown and gospel. During his teenage years he began experimenting with his sexuality and image, adopting the blonde hair, makeup and movements of his idol Marilyn Monroe, hence his stage name Marilyn.
Marilyn was a part of the British New Romantic movement which emerged in the late 1970s and was popularised in the early 1980s. Boy George and Marilyn were regulars at 'The Blitz', a highly stylised nightclub in London run by Steve Strange.
Marilyn befriended Boy George through mutual friend Philip Sallon. Boy George and Marilyn moved into a squat in Kentish Town, a suburb of London.
While Boy George went on to form Culture Club in 1981 and secure a recording deal with Virgin Records, Marilyn was still scouting for a recording contract and had relocated to Los Angeles for some time with his then partner. He teamed up with songwriter and pop entrepreneur Paul Caplin, with whom he co-wrote 'Calling your name', 'Cry and be Free', 'You don't love me' and several other songs. By this point Culture Club had made a commercial impact with their debut album, and record companies were seriously looking for artists with a similar cross-dressing image.

Following an appearance in the video for Eurythmics hit single, 'Who's That Girl?' which garnered him considerable press attention, Marilyn was signed to Phonogram Records and released 'Calling Your Name' in November 1983. The song reached number 4 on the UK Singles Chart, number 3 in Australia, and number 1 in Japan. The lyrics to the song were reportedly aimed at Boy George, with whom Marilyn was by now having a stormy off-and-on friendship with.

It was during this time that the UK pop magazine No. 1 printed a transcript of Kim Wilde and Marilyn talking with one another over dinner for the purpose of a double interview in an article called Blind date: Blonde versus Blonde.

Marilyn went on to release 'Cry and Be Free' and 'You Don't Love Me' in 1984, with varying success. In November 1984, he took part in the Band Aid charity record project 'Do They Know It's Christmas?' with various other musicians of the time.

Marilyn's debut album 'Despite straight lines' was released in June 1985, featuring his three previous hits and a new single, 'Baby U Left Me (In The Cold)'. The new single and the album flopped in the UK, though found a modest audience in other parts of the world.

Despite the initial collaborations between Boy George and Marilyn, their on-and-off friendship became increasingly strained due to fame and drug-related problems. On 9 July 1986, Marilyn along with Boy George's brother Kevin O'Dowd were sentenced at Marylebone Magistrates Court on a charge of possessing heroin. The resultant media fallout of Marilyn's drug addiction and his publicised disputes with Boy George damaged his public image, and coupled with the changing tastes of the public, Marilyn's music career never recovered. While attempting to record a follow-up album to 'Despite straight lines' with the record producer Don Was in Detroit, Michigan, with little record company support, Marilyn's finances were drained to the point of having to work regular jobs outside of music. He then retired from the industry until 2001, when he made a series of club appearances.

In 2003, Marilyn appeared (as himself) on the Channel 4 television show The Salon, which was a reality show based at a hairdressing salon where members of the public and several celebrities went for haircuts and beauty treatments.

In 2006, Marilyn appeared on the Channel 4 documentary 'Whatever Happened to the Gender Benders?', in which he discussed his current mental health, his struggle with agoraphobia, and his fight against drug abuse. Ravaged by his addiction and looking extremely unwell, Marilyn struggled to be coherent in the interview. In stark contrast to the relative glamour of the New Romantic era, the documentary highlighted the devastating effect that fame, fortune, and excess had taken on him and his peers.

In 2016 Marilyn released a new single called 'Love or Money'. 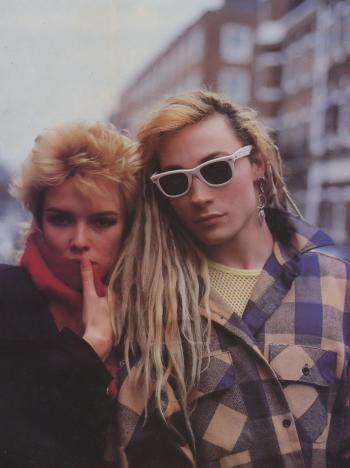 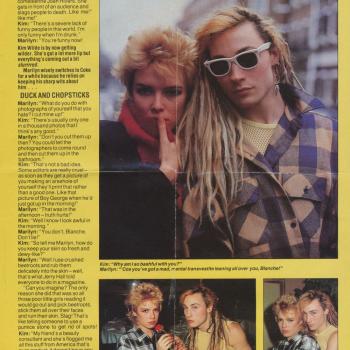 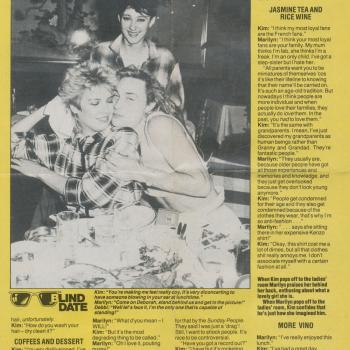 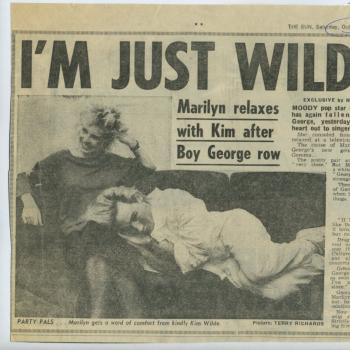