Joe Romweber (vocals, guitar), Jeff Umbarger (bass) and Norman Underwood (drums) formed Marsha in the second half of the 1990's in North Carolina (USA). Romweber and Underwoord had previously worked in the band Leap of Faith. They released one album in 1998, called 'Wigged Out (Two)', which contained a cover version of Kids in America. 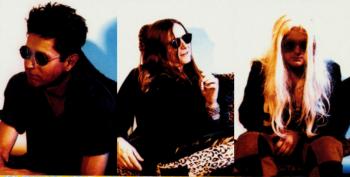