Born 4 May 1954, Marilyn Martin is an  American singer and songwriter, who is best known for her duet with Phil Collins, 'Separate Lives' (1985), which they recorded for the soundtrack of the movie 'White Nights'. The song was a number 1 hit in the USA and reached the top 5 in the UK singles chart. Her self-titled debut album was released in 1986. Her cover version of 'Move Closer' (originally recorded by Phyllis Nelson), released as a single, became a modest hit. The album also featured a cover version of the song Turn It On, which Kim Wilde had recorded for the soundtrack of Weird Science in 1985.

Her second album, 'This Is Serious', was released in 1988. The same year, Martin also recorded a duet with David Foster, 'And When She Danced', which was used as the love theme for the film 'Stealing Home'. When the album failed to attract buyers, Atlantic eventually released Martin from her contract, although she continued her career as a backing vocalist into the 1990s. In 1993, Martin moved to Nashville where she recorded a country album, 'Through His Eyes', for Atlantic in 1994. The album was never released, but is available through Martin's official website.

On September 14, 2012, Martin released a new album, 'Trust, Love, Pray', a Christian music album featuring songs written by Martin, including 'Every Way and Always' which received a lot of airplay on Christian radio stations in the USA. Martin currently has a day job as a realtor in Nashville where she lives with her husband, guitarist, music producer and engineer, Greg Droman.

Marilyn reunited with Stevie Nicks in October 2016, singing backup vocals for the 24 Karat Gold Tour and filling in for Lori Nicks. She continued working with Stevie Nicks, touring as a backing vocalist with Fleetwood Mac in 2019. 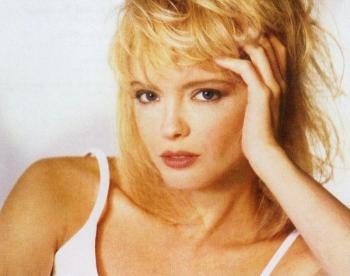