Meningitis is inflammation of the system of membranes that envelop the central nervous system. The disease is caused by bacteria or viral infections elsewhere in the body that have spread into the blood and into the cerebrospinal fluid (CSF). Meningitis should be distinguished from the condition encephalitis, which is the inflammation of the brain itself. Meningitis can affect anyone in any age group, from the newborn to the elderly, although the specific cause may be different. Typical signs and symptoms of meningitis include fever, headache, stiff neck, photophobia, or vomiting. Although the most common cause of meningitis is viral, bacterial meningitis can be very serious and indeed life-threatening, and therefore anyone suspected of having meningitis should have prompt medical evaluation.

Kim had meningitis when she was four or five. Her parents were touring, so a friend of Joyce was looking after Kim when she recognised the symptoms of the disease. She was brought into hospital. The doctors feared for her life. It is one of Kim's earliest memories.

One of my earliest memories is of being really ill when I was about three or four. I had meningitis - a kind of inflammation of the brain - which is those days was pretty dangerous. I remember being in great pain, being rushed to hospital in an ambulance and having lots of horrible tests done. My mother brought me this beautiful Mary Poppins doll whilst I was recovering, which she made me leave behind for the other kids when I left hospital. I was really pissed off about that. (1)

When Kim was three, she caught meningitis when Marty and I were away in Liverpool. She was very sick, and rny heartjust went into convulsions. They had to call a doctor to seclate me for the joumey to London. I had my full make-up on from the show and I was crying. I got to the hospital and threw my atms round her, and she said: 'Oh, Mummy, you look beautiful.' (2)

She only once caused me real anxiety: at the age of five she became very ill with meningitis. Joyce and I were touring and Kim was at home in London, being cared for a by a friend of Joyce's called Marian, to whom I'll always be grafeful, because she recognised the symptoms and rushed Kim straight to hospital. After driving through the night from Liverpool to Kim's bedside, we found she had passed the crisis. She opened her eyes, looked at Joyce, whose stage make-up was smudged with tears and whispered, 'Mummy, you look beautiful'. Thankfully there were no after-effects. (3) 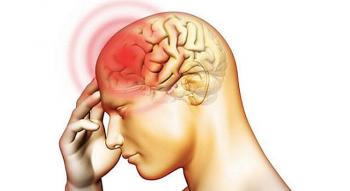