Jack Laidlaw, Jed Laidlaw and Robin Howe formed the Motorettes in 2005. They were quickly signed by Kitchenware Records and released their debut single 'Super Heartbeats' on 23 January 2006. The band toured the UK throughout the year, in support of their self-titled debut album which was released in August. They were soon involved in the project TT Remastered, in which various bands recorded cover versions of pop songs as part of a campaign to launch the Audi TT Remastered car. The Motorettes recorded a cover version of Kids in America. Their track was also released on a promotional CD-single.

In June 2007, drummer Jed Laidlaw left the Motorettes, and was replaced by Daniel Rose-Troup, who then subsequently left shortly after. In mid-2008, Jack Laidlaw and Robin Howe announced on the Motorettes' website that the band "were no more". The two subsequently got involved with another group named Love Bites and Bruises. 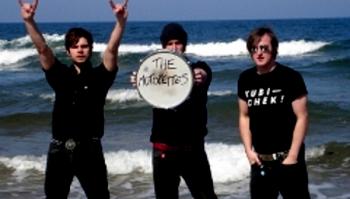