The Muffs formed in early 1991 when Kim Shattuck (vocals, guitar) and Ronnie Barnett (bass, backup vocals) realized that the Kinks had lost their way and The Ramones didn't tour enough. They decided to form a band in their tradition.
The Muffs burst onto the scene of their hometown of Los Angeles, turning heads, dropping jaws and bringing to their knees all of everyone who caught one of their all out, anything goes rock shows.

After a few 7" singles and compilation appearances, Warner Bros. offered them a recording contract. The first album 'The Muffs' was released in 1993, supported by a tour across the United States. Three years later their second album 'Blonder and Blonder' was released after a few line-up changes.

In 1995, they recorded a rock cover of the Kim Wilde track Kids in America for the soundtrack of the movie Clueless.

Shattuck died at her home in Los Angeles on 2 October 2019, from complications of ALS, aged 56. Shortly before her death, the Muffs had recorded their seventh studio album, 'No Holiday', released on 18 October 2019. 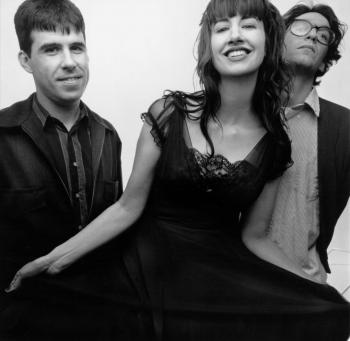