Dr Toby Musgrave left Reading University's Department of Horticulture in 1994 and embarked on a freelance career as a television and radio presenter, author, journalist, consultant, designer and lecturer. On screen he hosted two series of Lost Gardens for Channel Four (1999 and 2001), and joined the design team on ITV's Better Gardens (1999). Together with Kim he presented HTV's 8-part series the Great Garden Guide in 2003.
For the past eight years Toby has been the Gardening Correspondent for the Bristol Evening Post, and has become a regular contributor to a number of national magazines and newspaper, including BBC Gardeners' World Magazine, The Garden, Gardens Illustrated, The English Garden, The Saturday Telegraph and The Sunday Times.
Toby designs gardens across the world. A current project is a series of gardens for a spiritual retreat in upstate New York, and recent assignments include Rick Stein's Bistro in Padstow; a four and a half acre woodland garden in Long Island, and a roof garden in Bombay.
He lectures on garden history to audiences across Britain, including Oxford University, Oxford University Botanic Gardens, the University of Bristol, and the Royal Horticultural Society. 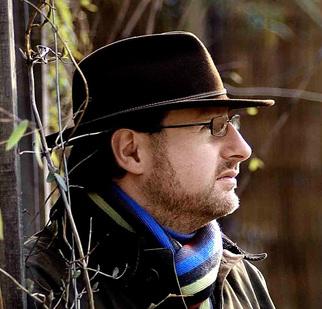