Their first claim to fame was a guest appearance on an album by another young star, Aaron Carter. In 2001, they recorded a cover of Kim Wilde's Kids in America for the soundtrack of the movie Jimmy Neutron: Boy Genius. Their self-titled debut album was released in 2002. In 2003, they released a cover version of Atomic Kitten's 'Whole Again'. Angel Marie Faith left the band to pursue a solo career, just as they were putting finishing touches on the band's second album 'Friends Forever'. Disagreements between the remaining four members of the group led to the eventual break-up of No Secrets in March 2005. 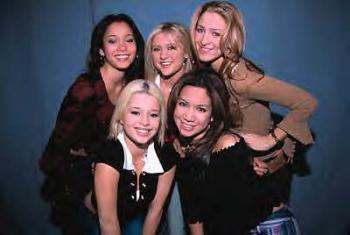