Oakfield School is an independent coeducational preparatory school, situated in the outskirts of Dulwich Village, London (England). With over 500 boys and girls aged between 2 and 11, it is housed in historic Georgian buildings either side of the South Circular, and uses large play areas behind the main buildings, playing fields close by in Belair Park and the swimming facilities at Crystal Palace.

It takes advantage of its independent status to determine the nature, ethos and curriculum of the school, outside the control of central or local government. Its curriculum is broad and balanced, stressing the importance of sport, music, art and drama alongside academic subjects. Languages are taught from the youngest age.

Oakfield School has an inclusive admissions policy. Demand for places is very high, so a selection process is applied.

Notable alumni from the school are scientist and engineer Derek Abbott, actor/singer Michael Crawford and of course Kim. She didn't enjoy this school at all.

When I was seven and Ricky six, my parents had to put us both in a boarding school in Dulwich, London. They found themselves having to be away from home a lot at the time, and they thought it would be the best thing for us. It was awful. We hated it. We were so unhappy and miserable. The homesickness wasn't just a mental thing, it was physical too. It made us ill.
Luckily, dad's career really began to take off not long afterwards and he bought a lovely house in a little village in Hertfordshire and he and mum took us out of school after we'd been there two years. (1)

Ricky and I were sent to boarding school for a year when we were four and five because they needed time together. It didn't do a lot for our confidence and caused a lot of unhappiness in our little minds. It was only after we moved to Hertfordshire, when I was eight, that our lives took off as a family. (2) 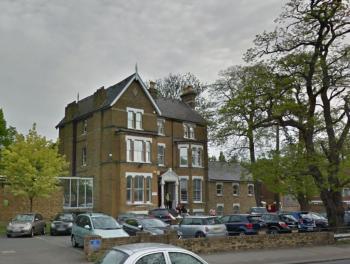