Simon Le Bon has been evasive about the inspiration for the lyric of the song, but it is apparently the second part of a trilogy written about the death of his friend David Miles in 1986. The first was 'Do You Believe in Shame' (1988) and the last was 'Out of My Mind' (1997). Duran Duran released the track as the lead single from their self-titled 1993 album on 1 December 1992. It reached number 3 on the US Billboard Hot 100 singles chart and number 6 in the UK singles chart.

Kim Wilde started performing the song live in 2016. The first live performance took place on 26 May 2016 in Rüdesheim (Germany). In her version, she sings the first part of the song with Ricky on acoustic guitar, and in the second part the band joins in. 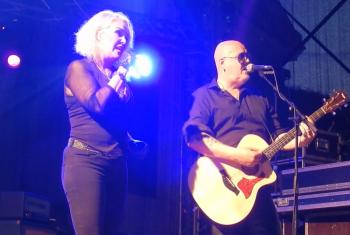