Henry Padovani (born October 13, 1952 in Bastia, Corsica) is a musician. He was originally the guitarist with The Police. In 1977, he was replaced by Andy Summers.

Since then he has recorded and performed as a musician in his own right. After The Police, he joined Wayne County & the Electric Chairs.
In late 1981 and early 1982, he was part of Kim Wilde's band during TV performances.

In 1980, he formed his own guitar instrumental band, the Flying Padovanis, and released the single Western Pasta (1981). The Flying Padovani's recorded two albums: 'Font L'Enfer' (1983) and 'They Call Them Crazy' (1987) before disbanding at the end of 1987. A few years later he contributed to a Johnny Thunders tribute album by performing Cosa Nostra.

Henry was the Vice President of IRS Records between 1984 and 1994, and then managed Italian superstar Zucchero for 5 years.

After a five year sabbatical, Henry decided to return to guitar playing. He released a solo album in April 2006, 'À croire que c'était pour la vie', sung in French, including the song "Welcome Home" featuring Stewart Copeland and Sting of The Police.

Henry also released a book in April 2006, Secret Police Man, that recounts many episodes of his "sex, drugs and rock 'n' roll" London lifestyle in the late 1970s and the early days of The Police.

In 2010, a documentary about Padovani was released. Kim is one of many people interviewed about him and she appears in the movie a few times. 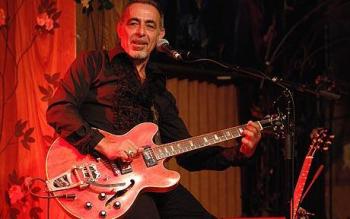