Pocket rockers are 2-track loop tapes manufactured by Fisher-Price Toys. They were sold in large American retail chains in 1988. The 1" x 1,5" tapes featured two tracks and were playable only on special Pocket Rockers tape machines, packaged with miniature album sleeves and a free pop quiz.
The tapes were sold from 1988 until 1992, when they were only sold at Toys "R" Us stores at heavily discounted prices. Some 40 different titles appear to have been around, from such diverse acts as Bon Jovi, the Fat Boys, Tears for Fears, T'pau, Belinda Carlisle and Kim Wilde. Kim's tape contained the tracks You keep me hangin' on and Say you really want me. 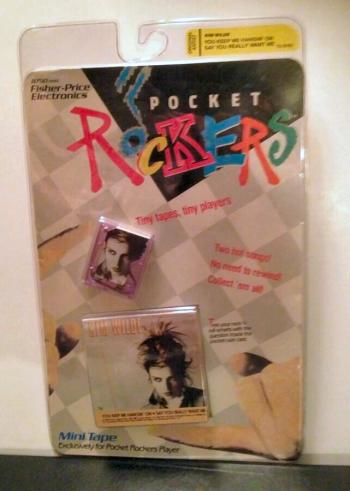 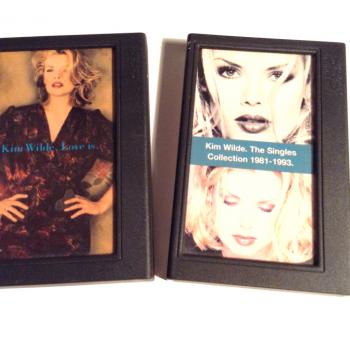