Slobodan Petrovic jr. uses the name Pulsedriver for his projects in the dance music field. He begins his career as a DJ in 1990 in northern German clubs and plays mostly house, techno and trance music. Under the name of DJ Tibby he can quickly make a name for himself. In a short while he is a wellknown guest in wellknown venues in Kiel and Hamburg.

In 1996 he releases his first single, "Aqualoop - Twilight zone". This single develops quickly into a real club hymn. Further singles follow, as well as other projects, and they can all achieve the same sort of success.

The international appeal appears to be unspectacular at first. In November 1997 the name Pulsedriver is used for the first time. With the singles "Pulsedriver - Rhythmic Trip", "Timemachine" and "I'm Rushin'" the name slowly grows to one of the more requested ones in clubs.
The commercial success comes with the single "Kiss That Sound / Something for your mind". After good placings in the German dancechart, the single climbs the commercial chart. The singles "I Dominate U", "Take U High" and "Your Spirit Is Shining" even more commercial success awaits. In 2001, Pulsedriver releases a cover of Kim Wilde's 1981 hit Cambodia. This proves to be a good choice: it gets to no. 11 in Germany and no. 5 in Austria.

Consequently, Pulsedriver was asked to do a remix of Kim Wilde's new single Loved. This remix was released to club DJ's in November 2001 and commercially released as a cd-single in Germany in February 2002. 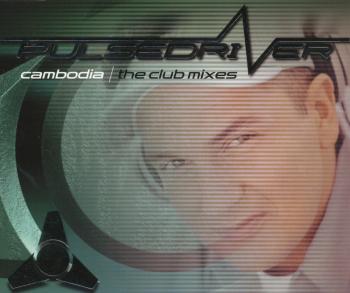