Real name: Pien Breeuwsma. Born in Oldeboarn (Netherlands), she discovers music at a young age. She starts guitar lessons at ten, then started writing her first songs. She applies at the conservatory in Amsterdam but is not accepted - twice. She ends up at the conservatory in Haarlem. During this study she forms the band Blue June. They record three music videos and release an EP.

After the breakup of the band, Pyn decides to go at it alone. She finishes the conservatory in the summer of 2015 and releases the EP 'The Rider' a year later. In early 2018 she travels to South Korea together with her brother, shorttracker Daan Breeuwsma, where she performs for South Koreans but also gets the opportunity to present herself before the Dutch media.

In November 2018 she supports Kim Wilde during her tour in the Netherlands. Together with drummer Chris she plays five songs every night. 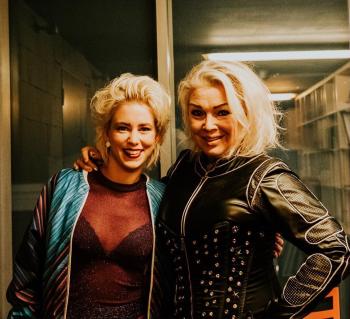