Born on 6 January 1978 in Berkshire, England (UK), Baz realized his interest in music at a very young age, when he was taking the lead in many school plays. After college, he joined a boy band called One-Way. The group lasted for half a year. One notable collaboration that Baz undertook after that, was with R'n'B group Third Edge, where he provided guest vocals on one of their tracks, and Thomas from Third Edge provided a rap on a track that Baz had recorded.

In late 2003, he worked on solo material, including a cover of Kylie Minogue's 1989 hit, 'Hand On Your Heart'. This track was the main reason for Atomic Kitten to ask him to support them on tour in 2004. After this, he started recording his debut solo album, which was due to be released in 2005. The album would include a cover of Kim Wilde's song You Came, plus 'Positive Reaction', a cover of the Mandy Smith song written by Stock Aitken and Waterman in 1989. The latter track was actually released in 2005 as a DJ promo only single and playlisted by Capital Radio & PWL Radio.
The album never came to pass and Baz faded back to anonymity. 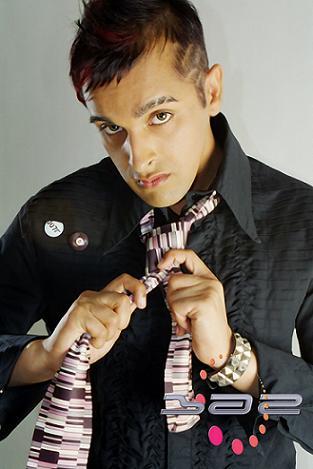