Punk rock band from San Diego, CA (USA), founded in the early 1990's by Bill Lamb, Brandon, Marc Gariss and Mark Marino. Between 1993 and 1997 they released several 7" vinyl singles on almost as many independent labels, plus an album 'Tune in Tokyo' (1995) on Lolita Recordings. They released a cover version of Kim Wilde's Kids in America on a 7" single in the mid-1990's.

By the end of the 1990's the band split up. The members faded into obscurity, except Bill Lamb, who went on to work with bands like The Shortwave Channel and Camera Obscura. 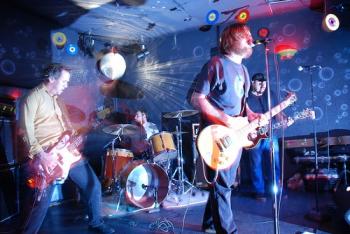