Kim Wilde embarked on her third tour in March 1985. The tour, entitled 'Rage to Rock Tour' was in support of the album Teases & Dares  but instead of using the glamorous image on that album's sleeve, Kim return to her rock 'n' roll roots with looks to match: she borrowed a jacket from her father and looked more scruffy than she'd done in the months previous. Starting in Hamburg (Germany) on March 15, 1985 and finishing on 2 April 1985 in Copenhagen (Denmark), the tour consisted of 16 dates, 9 of which were in Germany.

The concerts started with a variation on the intro of 'Bladerunner'. The songs played during the concerts were:

Water on Glass, Janine, The Touch, Bladerunner, Putty in Your Hands, Shangri-La, Suburbs of Moscow, Is It Over, Words Fell Down, Fit In, View From a Bridge, Love Blonde, Young Heroes, Cambodia, The Second Time, Thought It Was Goodbye, Kids in America, Rage to Love and Chequered Love. 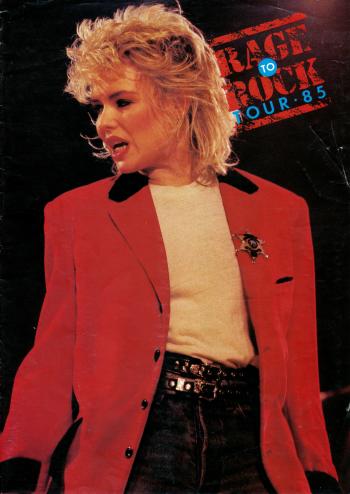 Cover of the Rage to Rock tour programme 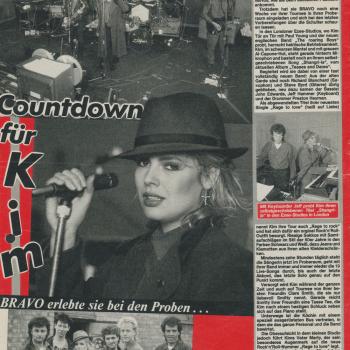 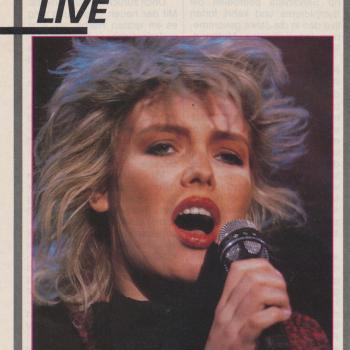 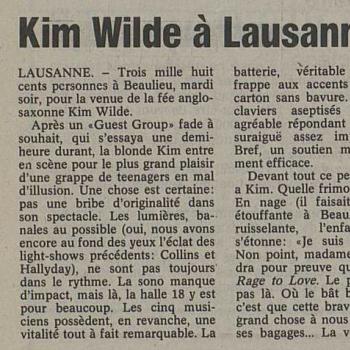