In the spring of 1996, Kim Wilde planted her right palm in a tray of plaster provided by London's big musical attraction Rock Circus. The hand joined a Wall of Hands filled by many world famous artists such as Cliff Richard, Michael Jackson and Phil Collins.
Rock Circus closed down shortly after the close of the century. It is unknown what happened to Kim's hand print. 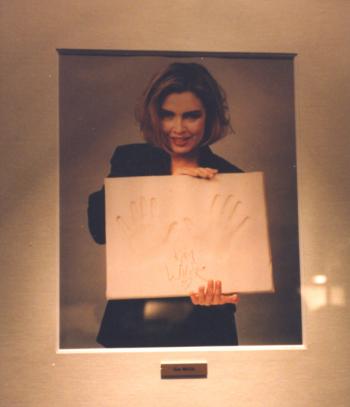 Kim and her hand print at Rock Circus 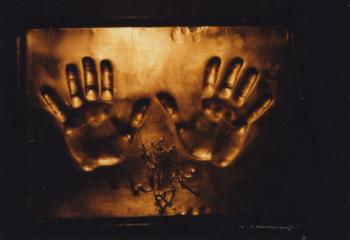