Room Full of Strangers was founded in 2010 by Mick McIuan, Erik Bundy, Nik Sidella and Austin Wulff. In 2012 they released a live album through the Bandcamp website, recorded in November 2011. The album was named after a phrase of a new fan during the night: 'It Was Weird, But I Really Liked It'. The album featured a rendition of Kids in America.
In 2015 they released their debut album 'Bad Vacation'. 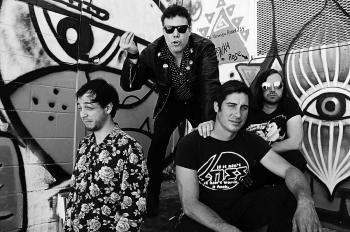