In 1996, Carsten Püttman, Volker Barth and Ansgar Friemel form the trio Call'em Rubbish. Working in Münster (Germany), they create 30 songs within four months. Their work is well received by audiences. In 2000, drummer Friemel leaves the band. He is replaced by Jürgen König-Maatje. They decide to call the band simply Rubbish when guitarist Sebastian Schnabel is added to the line-up.

Together with producer Michael Voss they create the first recording of the songs 'Sunmoon', '1-2001', 'How does it feel?' and a cover version of Kim Wilde's Kids in America. In 2003 they release a full length album called 'A kind of art'. They go on tour by themselves and then become the opening act for American hard rock band Dokken in May 2005. After this, Volker Barth leaves the band and they continue as a trio. 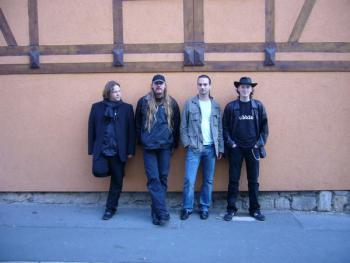