Album by Marty Wilde, released in October 2020. Marty's first original album in a long time features five songs with lead vocals by Roxanne Wilde and one duet with Kim, 60's World. The album also contains Marty's own versions of 'Love Me Love My Dog' and Cambodia. All the other tracks were newly composed by Marty.

'Running Together' was released on CD and as a double vinyl LP.
See also this page in the discography. 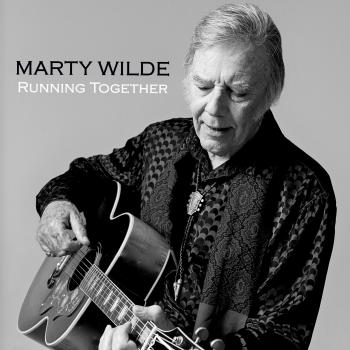