Located in Knebworth, the Select Sound Studios were opened in 1983. Since then, it's been the headquarters of Big M Group, the family company of the Wilde's, from which the fan club was run and where Kim recorded most of her albums. It was of course also used by other artists.

In 1990, the studio underwent a major change when the control-room was rebuilt. It was updated to a 56 channel mixing desk.
Kim herself got involved in the design of the studio back garden in March 1995.
In the summer of 2000, Select Sound Studios was abandoned by the Wilde family, the garden now belongs to the house opposite the back of the studio. The building was put up for sale with an approximate asking price of £325,000. It was bought by a company named Art Van Go, which still resides in the building today.

Ricki is meanwhile continuing his music work in a studio he built in his own home.

The last set-up of the studio was published on the Select Sound Studio website. It consisted of:

Apart from myself using the studio other artists have used it in the past, some of the few that have popped into the studios are, Brian May from Queen, Bucks Fizz, Worlds Apart, Adam Ant, Bonnie Tyler, Perfect Day and many many more. 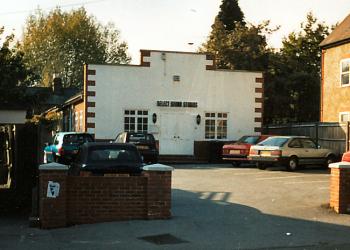