Ben Smith (no relation!) has been a professional guitarist / singer both in bands and as a solo artist since 1990. He has been involved in many different outfits including The Blues Agents, Love Train, Zero One, The Blue Bishops, The Alex Charles Band, The Sentimentals and many others. He has also played with various touring shows including 'ReelinandaRockin' with Mike D'Abo, Brian Poole, Dave Dee, Dave Berry, Wayne Fontana, Mike Pender and the Nolans. Ben has also supported Rod Stewart, Ronan Keating, The Brand New Heavies, M People, Edwin Starr, Sister Sledge and many other top artistes. He has performed more than 3,000 shows to date worldwide from the Birmingham NEC to B.B. King's Blues Club in Memphis and to audiences of between 2 and 15,000 people.

Benny achieved a world record for the longest solo set without taking a break in August 1997.

On 27 September 2019 he did a live concert with Kim Wilde for Tilehouse, a free counselling centre in Hitchin at the Farmhouse at Redcoats, Hitchin (UK). 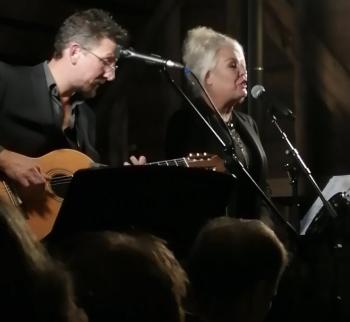