German electronic music duo Blank & Jones started the So80s series of compact discs featuring original twelve inch remix versions from the 1980's in 2009, when they were surprised at how many of these remixes were never released on CD. Often record companies filled their releases with tracks that were already mastered for CD, and not the hidden gems that lay in the darkest corners of their archives. Blank & Jones changed all that when they started requesting old master tapes and transferring them to a digital file themselves.

The first volume of 'So80s' was released in 2009 and featured rare extended versions and remixes by Bryan Ferry, Duran Duran, When In Rome and Simple Minds. On the second volume, released in 2010, they included more rare 12" versions. Interestingly, the digital version, released on iTunes and other digital platforms, also included a Blank & Jones So80s Remix of Kids in America, which was never released on CD at all.

Further volumes appeared in subsequent years. Until volume 10, each volume consisted of three discs, volumes 11 to 13 - the latest in the series - were released on two discs. 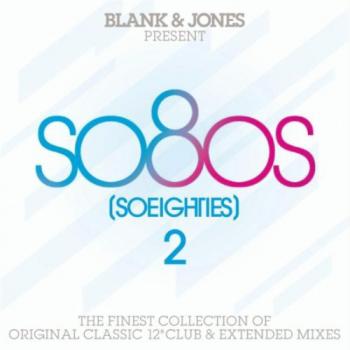